Wright received a BA in economics from the University of Sydney, Australia, and his MA and PhD in economics from the University of Chicago. His research examines the macroeconomics of developing countries, with a specific focus on their tendency to be prone to international financial crises. Much of his recent work has been devoted to sovereign default and the process by which sovereign debts are restructured. 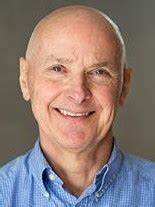 “The MEA has a marvelous tradition of giving economists throughout the Midwest and elsewhere a hospitable and friendly place to meet and discuss economics, to give and take constructive criticism of their work, and to get to know each other.  Such activities are essential to the progress of economics and its continuance as a vital and relevant discipline.”  Steve Woodbury, MEA President, 1998-99